This week my creative practice photos were more explorational than inspirational. The first two weeks I saw things that were aesthetically pleasing and tried to recreate the same experience I had in the photo. This week I was looking at an image that is still aesthetically interesting but maybe strays away from the beauty side of aesthetics and heads more towards the sublime. This week my images all focus on the same building and it’s surroundings. I have driven past this old warehouse millions of times while it was still in use and many times since it has fallen into disuse but it is only since it has entered this state of partial destruction that it has really caught my attention. I have driven past it a few times an thought about what an interesting visual it creates as you race by in your car. This week however I stopped and took some photos to explore it further. 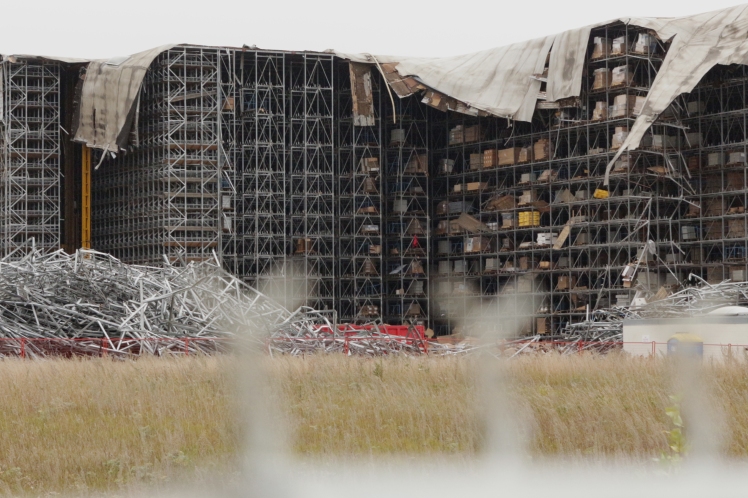 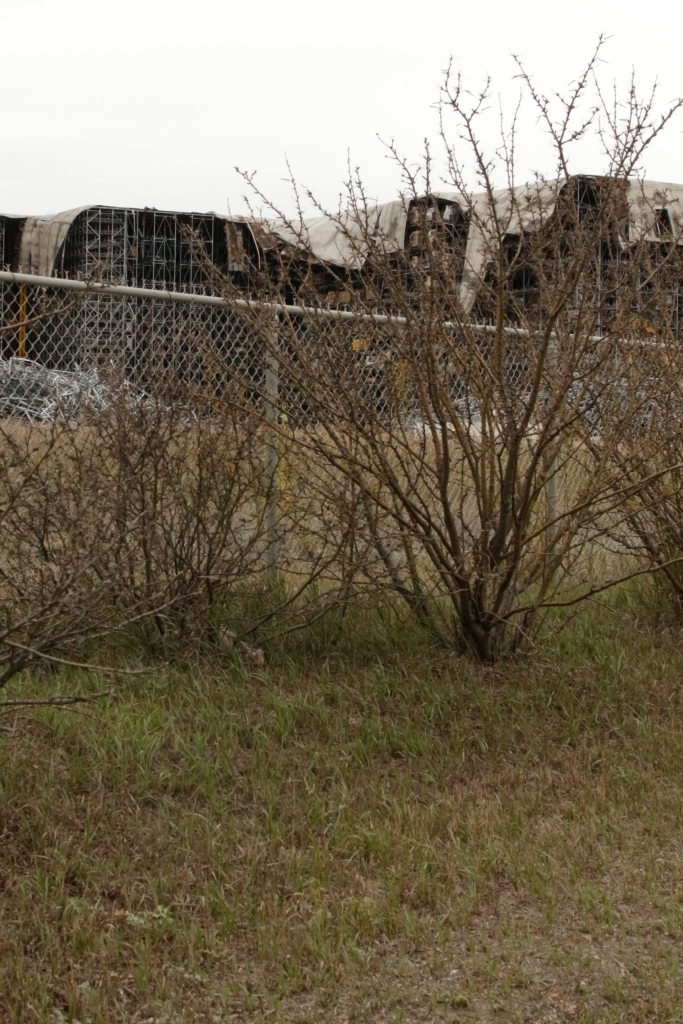 This week I really needed to explore what it was visually that made this place catch my attention. I don’t think that the photos quite capture the real size, impact and immediacy of viewing this moment in real life. What I did find however is that in the photos I found a deeper space for exploration of what may be the reason or reasons I found myself returning to the imagery of this destruction. I think on first glance the idea of the symmetry and repetition of form had caught my eye. The scaffolding and structure that make the building echo the repetition of the chain link fence. Then as I thought more on the building (and the photos of it) I realized that the physical characteristics of the building itself although visually interesting is not as engaging as what it starts to do to your experience of the building. For me knowing what the building looked like before it entered this state of half destruction means that looking at it now is a little bit like looking at an x-ray or an image in a medical, or anatomical text book. We have peeled away the skin and are able to start to see inside something in a way that we had not before. In the case of this building there are skin and bones still visible. You can see inside and outside at the same time. I think it is this half-state that is really what drew me to this building and the more I think about it to other images of destruction. It is the idea that you can see all sides of the building at once combined with the imagery of life and death it conjures for me. In partial destruction I can see the structures that created the building when it was new, I can see the way it existed when it was functioning and I can see the way it will look when it is completely destroyed. It is the whole of existence in a single frame. Once I got out and explored the scene more with my camera other themes started to emerge as well.  I think, however, that even in the last photo with the leafless trees the appeal of this place visually to me is the representation of the cyclic theme of life and death, creation and destruction.