For this week’s creative practice post the thing that caught my eye was the way that light and shadow interacted. Maybe it’s because I’ve been up late doing homework or maybe it’s because it is getting dark earlier but I have been particularly aware of the lighting in my house. Not just the quality of light but the colour and the way it cuts through the darkness and the shapes it forms. In some cases the shadows create shapes in other cases it is more about where the light exists in relation to the darkness. I think it is interesting to look at the aesthetic value of light and shadow. 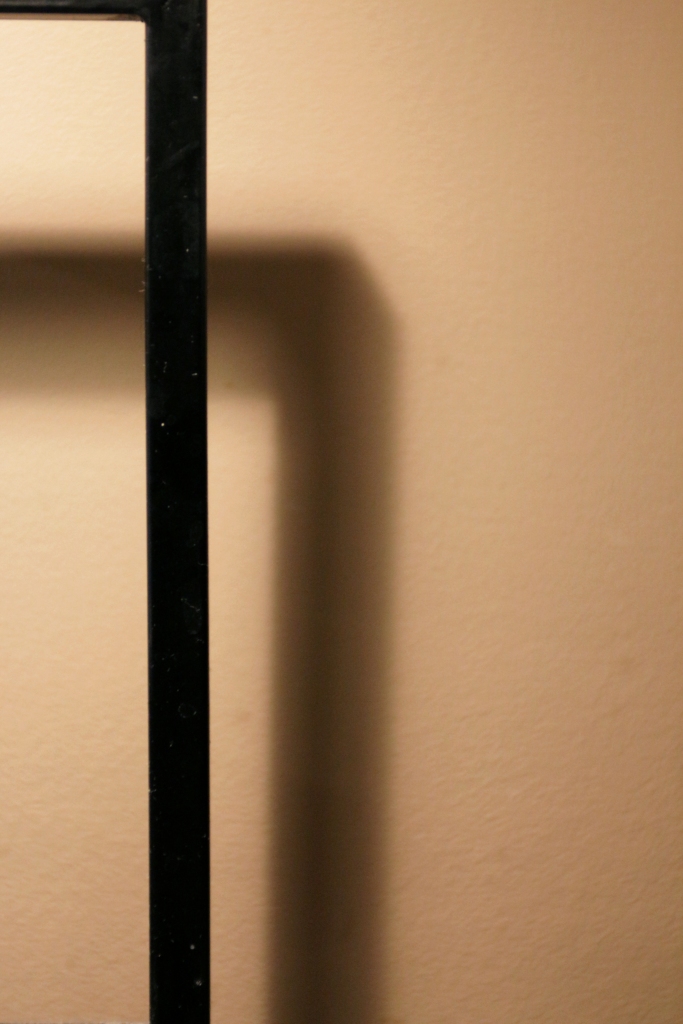 I think that there is a lot to be said about the relationship between light and shadow in visual art. In fact in a lot of photorealistic art the key to the success of the image is the interplay between light and shadow to create an illusion of depth. As a photographer your entire job is to find a way to balance light and shadow to create an image that is interesting and dynamic. Although I know that this is necessary in my experience as a visual artist I don’t know how often I’ve consciously focused on the relationship. Often it was something that I just knew intuitively. This is perhaps the first time I’ve decided to try to capture light and shadow simply for the purpose of light and shadow. As I looked at the images, in particular the second image that is primarily dark, I started to think about when shadow becomes shadow instead of dark. To go in to this a little further in the third picture the shadow is cast from the object against the wall – the light is blocked by the object and therefore the object casts a shadow. However in the second picture the frame is primarily dark and the light is creating a the shapes. In this case is the dark really a shadow or is it the light coming through the dark that creates the contrast? I’m not sure I have an answer… I do however really like the symmetry that is created in that shot. The first image again brings up the question of shadow vs dark. Again I find some aesthetic appeal in the symmetry of the light being cast upward and the light being cast downward. This picture although it contains a recognizable object (the lamp) is still more about the light that is being created than the lamp itself. It’s interesting after all to take some time to think about light and darkness and their relationship to art. Being aware of how light quite literally shapes what we see is important when thinking about telling a story visually. It is key to remember how the relationship between light and shadow can really serve or negate your narrative. Once you begin being aware of light it is really difficult to stop seeing examples of the interaction of light and shadow everywhere.